The Victoria Sailing School is Colorado's oldest and largest sailing school. Since its founding in 1986, we have trained thousands of students from the Rocky Mountain area.  We are dedicated to providing the highest quality product.  Our courses range from introductory sailing classes through Coastal and Celestial Navigation, for those wishing to fulfill their ultimate dream.

There is an old expression about learning how to sail "The Fastest Way to Learn How to Sail - Start in the Smallest Boat in the Coldest Water".  We do not take this expression to extremes, but the J/22 offers an exceptional sailing experience for both the beginner and the old salt, who has been sailing their entire life.  When you move up to the Basic Coastal Cruising (ASA 103) & Bareboat Chartering (ASA 104) courses, we introduce you to the J/30.  Although the J/30 sails like a rocket, it is still a boat that weighs in at 7000lbs, has an inboard diesel and all the gear common to cruising boats world wide.  For the 48 hour cruise portion of the Bareboat Chartering course, we sail out of Marina del Rey, CA aboard 40 ft plus boats, introducing you to a both a large monohull and a catamaran!

Thanks for your interest in the Victoria Sailing School, 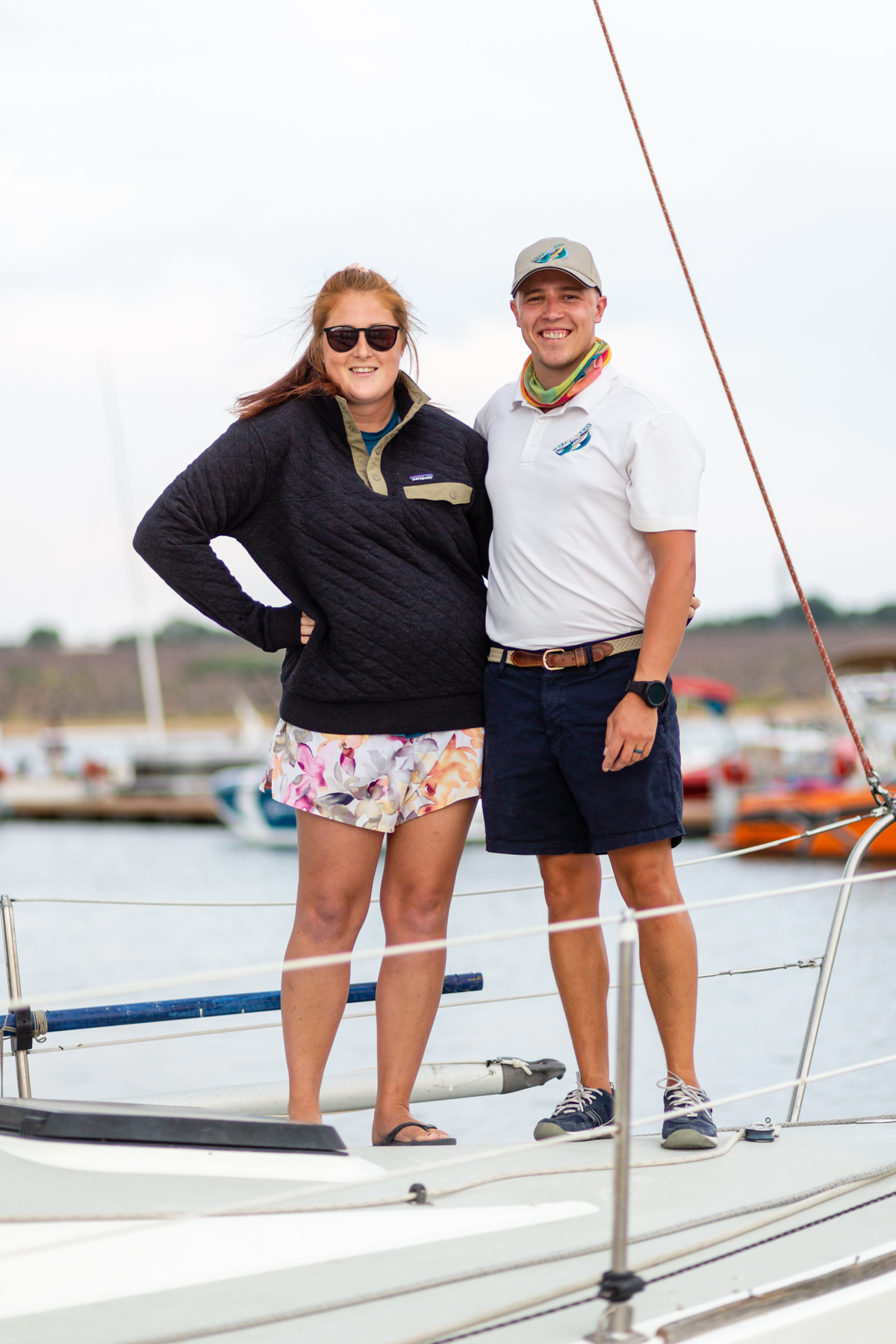 Captain James Cook (this one) spent his youth on the family potato farm, 60 miles north of Toronto, Ontario. He enrolled at the University of Western Ontario, but soon met a group of fellow students whose ideas would radically change his lifestyle. These friends wanted to buy a sailboat and (after graduation) embark on a sailing adventure. Not having the necessary funds, Cook spent the next two years in the Canadian Yukon, working underground in the silver mines. He completed his Economics degree through summer school and correspondence courses.

Departing from Halifax, he spent the next 8 years, living and cruising the 50 ft sloop “Cyclone”. After the first year, the engine gave out.  Not having the funds for a rebuilt engine, they spent the next 7 years sailing without the assistance of an auxiliary. To survive, he joined the professional delivery circuit.  Cook racked up over 40,000 open ocean miles, delivering yachts across the world’s oceans, long before the days of GPS – sextant navigation only. During this time, he passed the examinations for the USCG 100 ton, Open Ocean Masters license (with Sailing Addendum).

After making the decision that it was time to settle down, he moved back to Victoria, British Columbia.  He went back to school, earning an Electrical Engineering degree. To support himself, he worked for Sea Wing Sailing School as their head instructor.  At this time he was nominated by Sea Wing Sailing School to become an Instructor Evaluator with the CYA (Canadian Yachting Association), the highest standard for the CYA.  When the ASA was formed, the ASA executive asked him to travel to Santa Barbara and host the ASA instrucors Clinic # 2.  He is currently the most senior Instructor Evaluator in the ASA (the most advanced certification available in the ASA) !

After graduation, he spent one year working for GTE (Vancouver office) in a research laboratory which designed microwave radios. At the end of the year, for his two week vacation, he had an opportunity to deliver a boat from New York to Bermuda. It was riding around Bermuda on a scooter that he realized the corporate world would have to wait.

Erica Cook and Tibor Van den Wildenbergh have been in the process of taking over the sailing school for a number of years. Erica, Jim's Daughter, has been surrounded by sailing her whole life and grew up helping her father maintain and clean the boats. She currently runs our kids sailing programs and small sailboat oportunities. Tibor was taught to sail by Jim, and hasn't stopped sailing since. He loves to race on Wednesday nights, and wants to spread the joy of sailing to as many people as possible. Erica and Tibor officially took over the sailing school January, 2019 and they are looking forward to growing the school and educating as many people as they can!